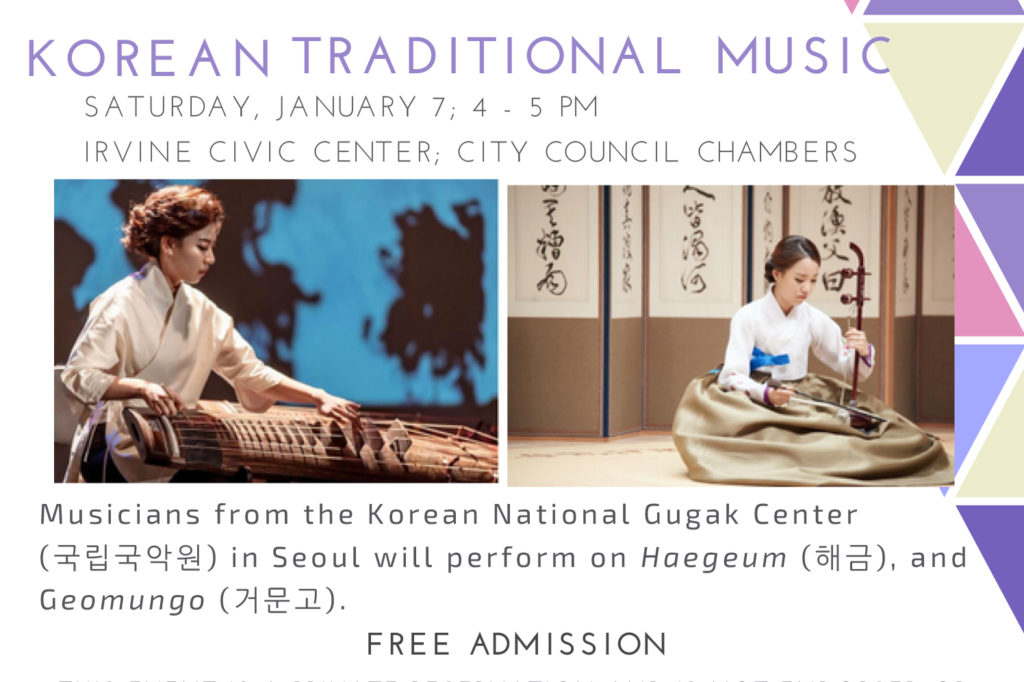 The Korean American Center is proud to host a traditional music performance on Saturday, January 7, 2017.  Musicians from the Korean National Gugak Center (국립국악원) in Seoul will perform Haegeum (해금) and Geomungo (거문고) for this one time special event. Admission is free to the public. 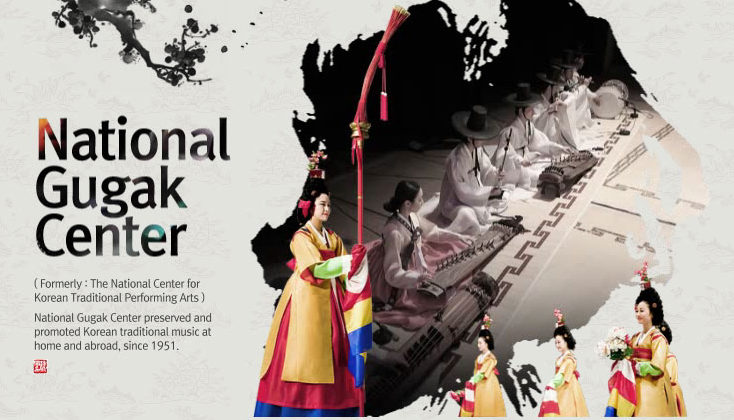 The haegeum is a traditional string instrument and is one of the most widely used instruments in Korean music. The haegeum is used in court music as well as madangnori (ordinary people’s music). The haegeum’s range of expression is various despite having only two strings, with sounds ranging from sorrowful and sad to humorous. The haegeum is made using eight materials: gold, rock, thread, bamboo, gourd, soil, leather, and wood, and so it is called paleum (eight sounds).

The geomungo is a traditional six-stringed zither type instrument. The instrument originated some time during in the 4th century during the Gogryeo Dynasty period. Due to its characteristically percussive sound and vigorous playing technique it is thought of as a more “masculine” instrument than the 12-string gayageum (another Korean zither); both instruments, however, are played by both male and female performers.

ADMISSION IS FREE, but tickets can be obtained here

This event is a private reservation of Korean American Center and is not endorsed or sponsored by the City of Irvine.