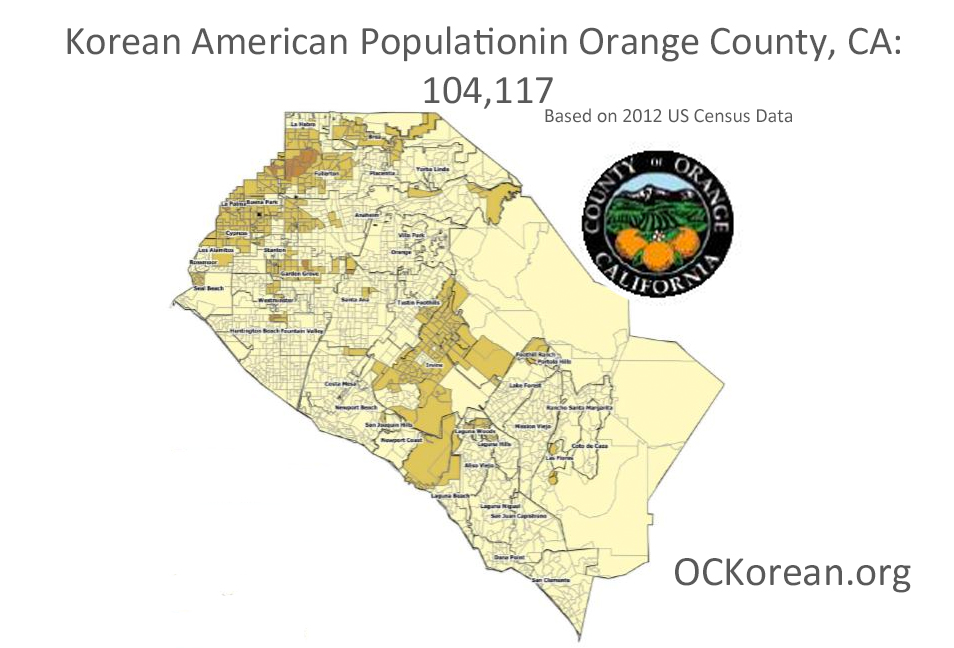 The following is an interactive break-down of the Korean American population in Orange County.  This is based on the most recent data from the 2012 American Community Survey 1-Year (ACS S021) Estimates from the U.S. Census Bureau shows that there are 104,117 Korean-Americans in Orange County, who are either solely Korean or in combination with another race.

Data provided by the Orange County Registrar of Voters.